Research Project Description
This study investigates the impact of conservation practices on contemporary artists’ creative processes. In contemporary art the border between author and conservator has become increasingly thin. That is why, as Gieber & Heydenreich (2016) describe, the authenticity of an artwork is subjected to further discussion. Some conservators may adopt measures in accordance with their ethical principles on the piece of art as if they were themselves the authors. In other cases, it is the artist himself who performs the restoration and conservation of his art objects. In this case, the artist, who often works with often fragile materials has not always enough competence to deal with them in terms of restoration (chemical knowledge for example). Moreover, he may have no perception of conservation rules or may not share the ethical and conservation policy discourse of a particular Museum or an Art Gallery.

Thus, this project studies the repercussions of current conservation practices on the conceptual and technical aspects of the contemporary art-making processes by investigating how artists respond to the changes in conservation practices in the museums and how they cope with the needs, demands and constraints set by the aim of transmitting the artworks to the future. The aim is to obtain a deeper understanding of the impact of the changing roles of creators and conservators in artistic practices.

To reach this goal, the methodologies chosen are the participant observations and the interviews: two qualitative methods. Sophie Lei interviews art students and art teachers at the Accademia di Brera in Milan to understand the essence of the creative process, thus, how artists make choices to create an artwork. During her internship at the MAXXI in Rome, she observes the artists’ behaviors during the installation of their artworks in the museum. In both institutions she pays attention to artists and all the staff around (mainly conservators but also curators and technicians) and takes notes about what she notices. Interviews are conducted individually with young artists, established artists, conservators, curators and technicians at the Accademia di Brera and at the MAXXI. She documents and records the creative process and all the interviews conducted. 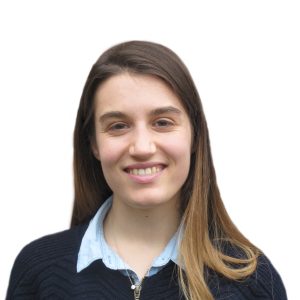 Bio
As a doctoral student, Sophie Lei came to this study with a French Master Degree in Political Science and Communication obtained at the Paris University in 2012. The following year, she obtained a Degree in Intercultural Relations and International Cooperation at the University of Lille in France. She wrote two theses on Visual Art, Urbanism and Architecture. The first one deals with Graffiti as a work of art on the city walls regarding its identity and illegality. For the second thesis, she decided to come to Rome to do a stylistic research on the Architecture during the Fascist Era. She wanted to analyze the hybrid style between Classicism and Rationalism made by well-known architects such as Marcello Piacentini, Luigi Moretti, Pier Luigi Nervi and Adalberto Libera. Furthermore, she wanted to study how Architecture had been used to ensure Benito Mussolini’s Propaganda. It is clear, today, that by using both Classic and Modern Architectural languages combined, the Duce wanted to justify the hegemonic Fascist Politics recalling the myths of the ancient roman civilization. During this same period, she became a journalist and writes daily for the French press as correspondent in Italy. In 2014, she decided to come back to Rome to work as a volunteer for CinemadaMare, an International Film Festival for Young and Independent Debut screenwriters. Her work was to create and maintain a virtual filmmaker’s community on the Internet through the Social Medias. It has been very stimulating to work with such young and enthusiastic artists on these innovative web platforms. Moreover, she took part to the recording of the movies that were shot during the Film Festival Tour. Thus, she developed a profound sensitivity and awareness regarding the art conservation, in this particular case, for the Festival and the Filmmakers future productions.

You can find out more about which cookies we are using or switch them off in settings.

This website uses cookies so that we can provide you with the best user experience possible. Cookie information is stored in your browser and performs functions such as recognising you when you return to our website and helping our team to understand which sections of the website you find most interesting and useful.

Strictly Necessary Cookie should be enabled at all times so that we can save your preferences for cookie settings.

If you disable this cookie, we will not be able to save your preferences. This means that every time you visit this website you will need to enable or disable cookies again.